8H-All day
8:30 in (flexable)
Hotel or combined location
2
Car and Driver
Meals and entrance to monuments
Portuguese and English

About the downtown area

Fatima Place where Our Lady appeared to the little shepherds in 1917 to transmit to them three messages: the end of the First World War, the fall of communism and the attempt on Pope John Paul II. Fatima is one of the most important Catholic shrines in the world.

A battle classified by UNESCO as a World Heritage site, this Gothic monastery is born from the vow made by D. João I to Santa Maria da Vitória, as a thank-you for success over the Castilian troops at the Battle of Aljubarrota (August 14, 1385). It is the most complete example of Gothic in Portugal.

Nazare Village with a spectacular beach, the white houses of fishermen and huge cliffs over a sea of an intense blue, which make this fishing village a tourist destination of choice. Visit to the cliff, site of the famous legend of Nazareth.

Óbidos village that holds centuries of history between its walls. With a vast heritage of religious architecture and historical-monumental vestiges, the “village of Kings and Queens” was, in other times, a place of choice for the rest of the Portuguese court. 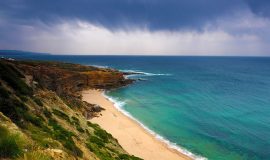 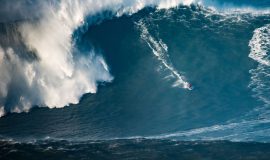 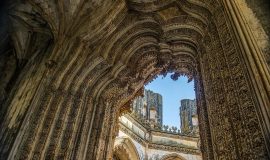